Rochem International has powered through another CPhI China, held June 18-20 at the Shanghai New Intl. Expo Centre.  Led by CEO, Robyn Frisch; President, Matt Thiel; and Chief Sales Officer, Charles Dods, Rochem had representatives from the U.S., U.K, France, Italy and China, that included a handful of Rochem’s Elite Sales Force as well as members from Rochem’s Expert Regulatory, Compliance and Technical team. The three day event is described as being equally as successful as it was hectic, hosting nearly 30 preset meetings daily as well as welcoming in those that were able to simply stop by when time allowed. Lucky for Rochem, their custom built 66 square meter booth could easily accommodate up to 6 meetings simultaneously. Matt Thiel, President of Rochem International commented, “We had another successful year at CPhI China with over 80 meetings with customers and suppliers during the course of the three days.  We had our largest delegation attend as the Rochem team was 22 strong at the show this year.  The ability to connect with so many partners during CPhI week to discuss projects and how to move our business forward is a key reason we continue to invest so heavily in attending.” 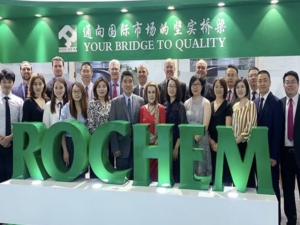 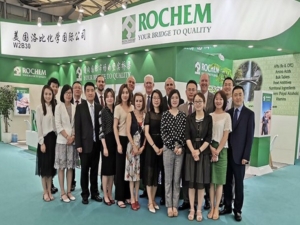 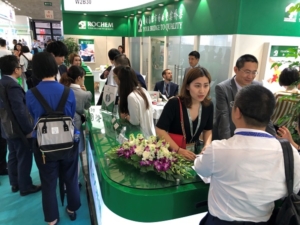